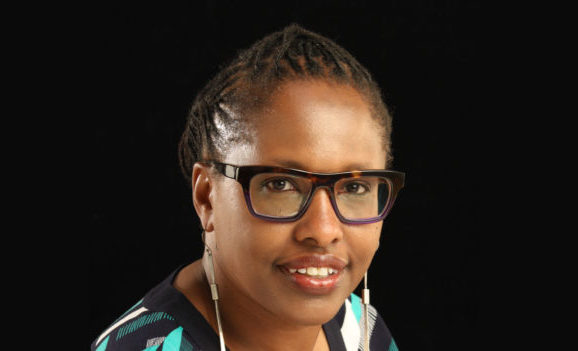 ImpactAlpha, Oct. 9 – Anne Price is the first woman and the first non-lawyer to lead the 51-year-old organization that works at the intersection of work and wealth. Her strategy: transformational narratives.

With her team, Price published “Centering Blackness: The Path to Economic Liberation for All” this summer. The ideas, which Price had worked on for years, “were not really well received until George Floyd, to be perfectly honest,” Price told ImpactAlpha.

Even conceptual frames like “dismantling white supremacy” serve to keep the focus on white experience; “anti-racism” is a double-negative. Price’s affirmative kernel: “If we start from centering the Black experience, it steers our bodies, minds, and imaginations in a whole different direction, which can lead us toward true liberation.”

Understanding the racialized aspects of policy and investment can point the way to a proactive vision, she says. “It is about a power structure that marginalizes many Americans” (see, “Changing investment algorithms to advance racial justice”).

The refusal by some states to expand Medicaid under the Affordable Care Act, for example, hurts white people as well. Also: Mississippi’s history of not fully drawing down available federal funds for childcare disproportionately affects Black mothers, but also other parents.

“It really is saying, ‘How does this show up?’ And then how are we all ensnared in it?” Price says. “There’s not a time in our history where Black women were doing well, and other people were not doing well. That has never existed. If they are doing well, then everyone else is going to be doing well. It’s really that simple.”