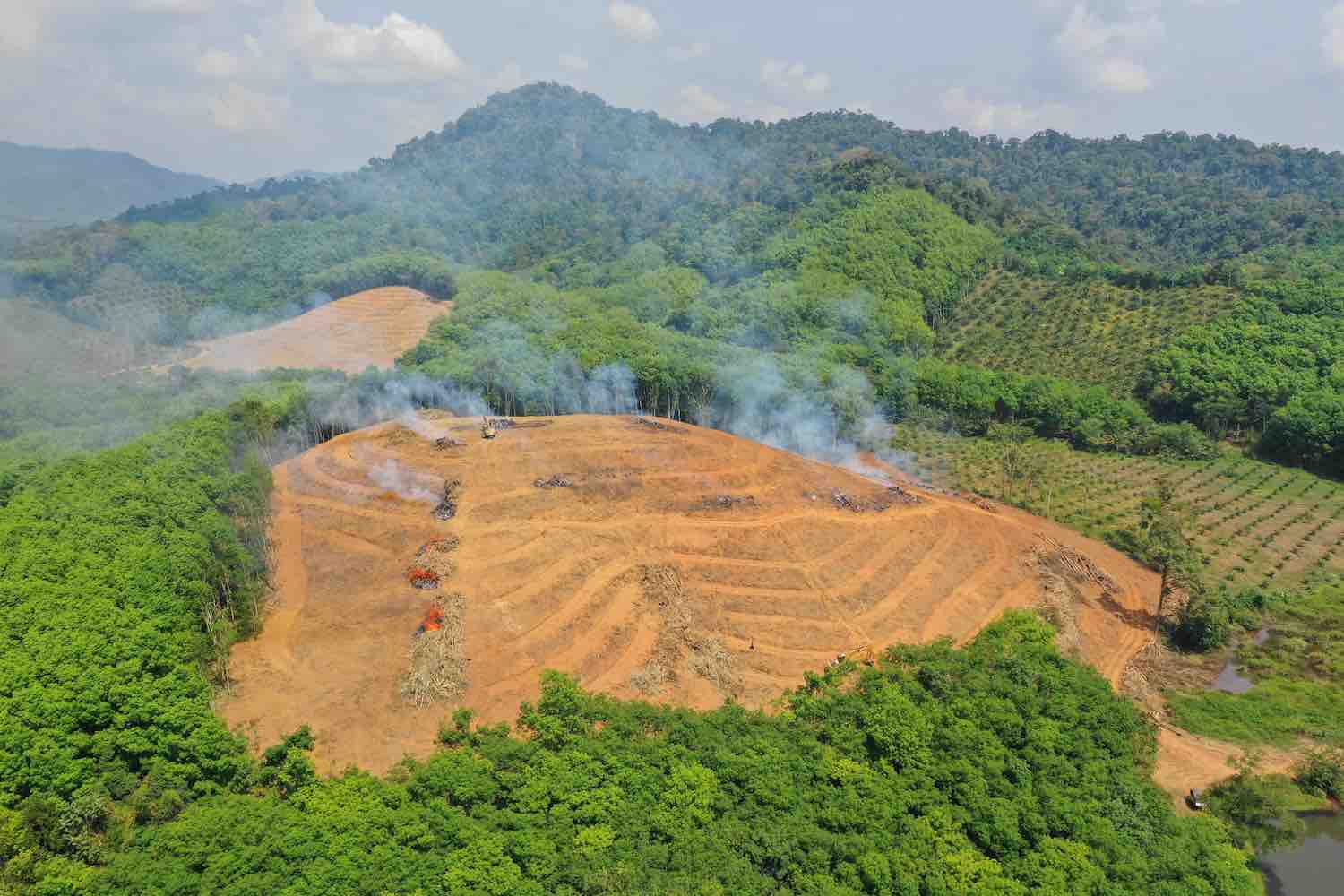 ImpactAlpha, Sept. 3 – Lightning strikes sparked the wildfires scorching climate-parched California. But intentional deforestation is the cause of the even larger blazes destroying the Amazon, Borneo and other tropical rainforests.

Brazil’s research agency, INPE, says forest fires in the Amazon this summer are even more numerous than last year’s. The agency blames the clearing of forests for commodity crops such as palm oil, soy, beef and pulp. In Indonesia, the world’s largest palm oil producer, fires that swept across Borneo in July caused the Kalimantan government to declare a state of emergency.

Already in 2020, deforestation has increased by 50% in Africa and Asia. Globally, the equivalent of one football field of rainforest is lost every second, contributing to global warming and loss of biodiversity.

Slash and burn practices still are being enabled by major brands, banks, forestry and agribusiness corporations, many of which have made public pledges to end practices that destroy global rainforests and endanger Indigenous people and wildlife that depend on them.

“Our store shelves are lined with products made at the expense of rainforests and human rights, and banks are using our money to invest in this destruction,” Rainforest Action Network charges in a new report, Keep Forests Standing. “Brands and their long-reaching supply chains, together with the banks providing the capital, are major drivers of the deforestation of tropical rainforests and the destruction of peatlands.”

In 2010, hundreds of companies including Colgate-Palmolive, Mars, Mondeléz, Nestlé, Nissin Foods, PepsiCo, Procter & Gamble, and Unilever, committed to zero net deforestation by 2020. In the New York Declaration on Forests, and the ‘Soft Commodities’ Compact in 2014, hundreds of corporations and more than a dozen banks, including JPMorgan Chase, committed to a similar goal. “All have missed the mark,” say the authors of the Rainforest Action Network report.

A March report from Global Canopy also concluded that no corporations are on track to meet deforestation goals. “Not a single corporate group has published evidence” of enforcing their pledges, says RAN, which contacted companies before publishing.

“While it may take more time than originally expected to achieve No-Deforestation, we will continue to work with smallholder farmers and large suppliers alike to be close to 100% deforestation-free within the next three years,” responded Nestle (see more responses here).

Since the 2015 Paris Accord, banks have funded $154 billion in production and trade of commodities driving deforestation in Southeast Asia, Brazil and Central and West Africa, according to RAN affiliate Forests & Finance. Chase and other banks, including Japan’s MUFG, Industrial and Commercial Bank of China and ABN Amro “are either failing to do proper checks on their clients or are choosing to ignore and hide the real impacts of their financing.”

Recommended: conditioning loans on companies’ meeting standards of “No Deforestation, No Peatland and No Exploitation.”

The fund of funds Terra Silva aims to help eight to 10 investment fund managers prove that sustainable tropical forests are a profitable bet for commercial investors.

And the Althelia Climate Fund is using cacao and carbon credits to restore degraded areas of Peru’s Amazon.

Can carbon credits and cacao outcompete gold mining and deforestation in Peru’s Amazon?

BlackRock: The case for impact in public equities